Major car manufacturers have announced USA Battery gigafactories over the past 6 months. It takes a few years to build a factory, and then they need to have the supply of materials such as lithium.

The following table is from ABB Supply (with additions from other PR releases) . Note that as per map above announcements do not always translate to actual!

Along with the existing plants, a spate of announcements have extended the list.

What is a Gigafactory

A gigafactory is a coined expression from Tesla who suggest that the factory is the technology. A driving down of costs of batteries to well under $100/kw means an electric vehicle will be cheaper than an internal combustion vehicle. 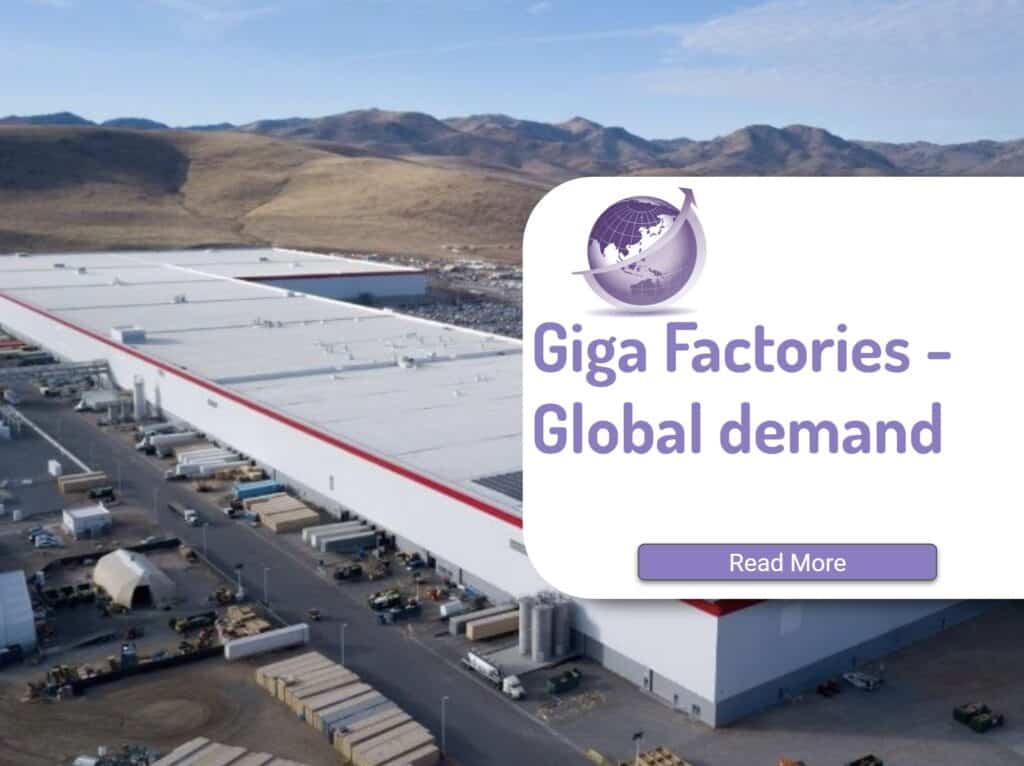 Over 200 Gigafactories have been constructed or in construction or announced. There are in many countries around the world and are needed to produce the… Over 37 companies have announced or are building European battery gigafactories. The largest is Tesla at Berlin due for production in early 2021, but others…